One of the things that perplexes most people when planning site linking, is relating what you see on a map to what you can see with your eyes. Yes those who do lots of it have some fancy GPS stuff to tell you what to do. what about a bit of old school mixed with some google earth pro school?

I have all of the North East Vic repeater sites set as placemarks in google earth. I have also loaded all the KML files from Radio Mobile in there as well.

One fancy feature of Earth is the ruler. you can draw straight lines between sites, just as you would on a map. 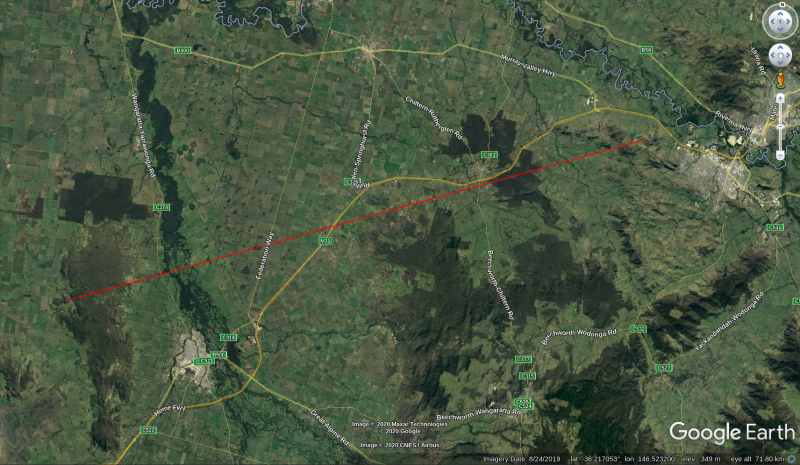 The line between VK3RWO and VK3RWC has no major landmarks.

You then zoom into ground level view at the end that needs aiming and look at the line: Then when you are on site. take an actual photo from the tower: You can then compare the two to work out where you need to point the antenna:

This picture was made by taking the real photograph, then overlaying an opaque version of the google ground view and adjusting the layer to line up.

And now I know where I need to point the link antenna!